By Coleton Casano, of Guided By Gaurangi Psychic Readings 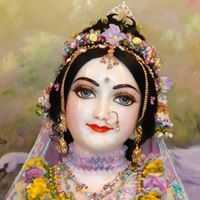 If you, like many people, find yourself searching for answers in life. Then you need look no further than the beautiful and ancient source of wisdom that is the Vedic Scriptures.

If, however, you like most people in America, are unfamiliar with Vedic Scriptures and culture. This can be a very daunting task indeed. There are many aspects of what is commonly referred to as Hinduism that few people outside of those native to India are aware of. Hinduism, much like Christianity, is a “catch all” phrase, commonly used to refer to any individual associated with a philosophical line that adheres to Vedic principals, practices, or scriptures. Just as there are many denominations and philosophies within Christianity (such as Catholic, Methodist, Baptist, etc..) the same is true of Hinduism. The three largest groups are known as Vaishnavism, Shaivism, and Shaktism. Worshiping Vishnu and His Avatars, Shiva, and Shakti (Female Divine) as supreme, respectively. There are many other types as well, and even within these three there are numerous branches.

The Vedas, or religious scriptures, of Hinduism are vast, numerous, and ancient. Unlike in Christianity, there is one Bible which contains many smaller texts and books. Hinduism has almost countless religious texts, with some being more prominent in certain disciplines than others. To give some perspective, although I practice several spiritualities, I consider myself to be what is called a Gudiya Vaishnava by religion. Within this branch, one of the most important texts we use is the Mahabharata, which alone is around the same size of the Christian Bible. In fact, it is so large, that one of the most well-known Hindu texts, the Bhagad Va Gita (or Song of God) is only one conversation that is taking place in the Mahabharata. Then there is the Shrimad Bhagavatam, generally broken down into a series of around 18 books all with at least 300 pages in them. Lastly the Chaitanya Caritamrita, which is a massive book in and of itself. This list does not begin to even scratch the surface on the number of Vedic texts. Though, what else would be expected of a religion that predates Christianity by at least 3000 years and is still widely practiced today?

With all of this taken into consideration, where does one begin when wanting to find answers or seek guidance from this astounding source of wisdom? The best option is to go to one who is already familiar with it. In fact, this is a Vedic concept itself. In the aforementioned books, the Vedic Scriptures are said to have been passed down from the Supreme, Krishna, to a demi god, for the demi god to another, to humans, and from humans we have a line of Spiritual Masters stretching back to the source. It is not only enough to read these texts, but to also have them illuminated by knowledgeable and spiritually elevated persons. This is how I have come to be acquainted with this wisdom. Decades ago, a saintly guru and humble monk left India at the request of his spiritual master to bring this wisdom to the western world. He had great success in attracting many people to this philosophy, and without him we would not have nearly the amount of Englisher translated works, or awareness of this philosophy that we do. It was only through his determination, pious attitude and mercy that we were given this knowledge.

The Vedas contain many useful tools and approaches to assist us in our physical, and spiritual lives. Vedic astrology, which can be argued to be more extensive and deeper than the familiar Chinese astrology, is an extremely accurate tool for divination. Vedic natal (or birth) charts can deeply expound on a person’s life, future events, and causes of ill fortune or bad luck. In the case of the latter, the Vedas also offer solutions to removing negative energies that hinder people in many ways. The Vedic planetary system and heavenly bodies are viewed to be incarnations or the home to various demons and deities. They all have profound meaning and effects in a person’s life, and natal charts can illumine the best way of enhancing the good or counteracting the bad. There are also many of forms of divination with distinct styles in Vedic society. Some of these are palmistry, dream interpretation, and my personal favorite oracle cards. All are extremely useful and very accurate.

If it is your goal to deepen your spiritual life, enhance your physical one, or simply just to find answers about your future. There is a secret treasure waiting to be discovered in Vedic wisdom for you. If you want to start somewhere simply, I would advise you begin by reading “The Bhagad Va Gita, As It Is” by Soila Bhaktivedanta Swami Prabhupada. It is a good translation, with very useful commentary on each verse. If, however, you are looking to incorporate or take advantage of the plethora of wisdom contained in the Vedas, I would suggest you seek out a knowledgeable and valid source. At Guided By Gaurangi, I offer many of these useful methods. Some of them include Vedic Astrological charts, and other divination methods, as well as sessions on various yogic practices such as bhakti yoga. I also offer guidance on various forms of mantra meditation, sources to have Vedic rituals preformed for various goals, purposes and desires. I also, by request, introduce clients to the principals of Karma, which originates from the Vedas, and various methods to reduce karmic debt, avoid accruing bad karma, and ways to counteract the effects of it in day to day life. In short, Vedic Scriptures hold a wealth of wonderful tools and wisdom. Like all ancient practices though, they command respect, and should be approached with it. When in doubt, look to others for assistance, one of the greatest philosophies of the Vedas, and the one that I hold myself to most especially in my business can be summed up in these words “It is by serving others, that we best serve ourselves.” 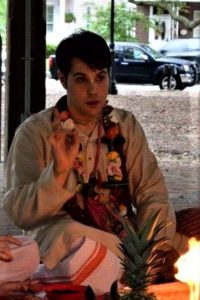 From a very young age, Coleton was aware of his natural gift to perceive more than most were. This was warmly welcomed by his grandmother, who also shared psychic awareness. She began to teach him more about his gift, and all that she had learned through her many years of experience. As he grew, he began to delve deeper into the spiritual life. Having a natural inclination towards philosophy, Coleton began to explore the paths around him. Growing up on the Gulf Coast of Mississippi, he frequented New Orleans where many spiritual paths, and folk traditions come together. Throughout his teenage years, he converted to Catholicism after having studied it intensely. He became involved in many lay organizations, and at the age of 15 became the youngest active member of the Legion of Mary in the United States. Coleton began to discern the Catholic priesthood, and at the age of 17 became a novice at a Franciscan Monastery in Alabama. It was during this time, after much interior reflection, that he decided to leave. For many years, he attempted to deny the fact that he was gay. He realized during his time at the Monastery that he wanted to be with someone, and out of respect for religious vows, decided to pursue life outside of this environment. Once he came to terms with his sexuality, he lost many of the friends that he knew during this time. When he turned 18, Coleton decided to begin exploring with more intent, spiritualities outside of the Christian sphere.

During the next four years of his life, Coleton met many new individuals and experienced various religions. Ever searching to deepen his connection to the Divine and spiritual world, he applied himself to assisting others through his psychic gifts. He began formally reading for clients at the age of 18, and throughout his exploration of various paths, learned many useful methods. Finally, at the age of 23, he met the man that he would one day marry. This man was as spiritually inclined as he was and shared many parallels to his own life. His future husband also introduced him to the religion that he would find a home in, Gaudiya Vaishnava Hinduism. They grew together spiritually, physically and emotionally, and continue growing more with each other every day.

Coleton has worked for different Psychic networks throughout his years of practice. It was not until a few months ago that he decided to start his own online spiritual advisement business. This desire culminated in the founding of GuidedbyGaurangi.com as his own company. It is Coleton’s goal to provide excellent psychic readings and spiritual services at reasonable prices, so that everyone can receive the guidance and answers they seek. It is his earnest desire to lend the benefit of all that he has learned throughout the years and share his gift with all. Coleton dedicated his website to its namesake, Gaurangi, the Goddess Maharani. In his personal religious discipline, it is She that guides everyone to the Supreme Divine. She is known as the original supreme Goddess of Fortune, and the dearest lover of Sri Krishna. She is the quintessential essence of all that is spiritual, as well as the path of Bhakti Incarnate. The practice of Bhakti Yoga, known as the greatest of all yogic practices, calls all that engage in it to pure loving devotional service. It is through this loving service that one connects to the Absolute Truth and awakens the identity of the soul. It is out of love that Coleton wishes to serve all his clients to the best of his ability.