Awaken To What Is Happening On Earth In 2017 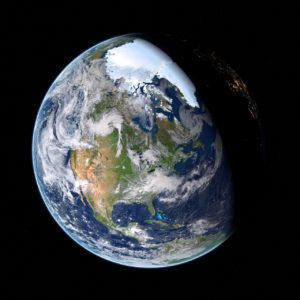 Remember the Mayan Calendar and all the hoopla regarding the end of the world? Well, the world could have in fact already ended, as it has been understood by us, which could have been what the Mayans were expecting.

A Powerful Shift
In the Hindu tradition they call these shifts Yugas. In the Christian tradition these shifts are called dispensations. Whatever you call it, the first features of a new period are world-wide turbulence and unrest, natural disasters, and greater extremes in merit and depravity or polarities between negative and positive, light and dark.

The Mayan teaching is that the vibrations on the planet have raised from outside forces, maybe Terrestrials, Divas, God, Allah, Brahma Yahweh, Messiah, what you may choose to call this, as these higher beings intervene to help our planets development. “Astronomy in the Maya Codices” shows astronomical conjunctions which would herald these occurrences, most recently on July 11, 1991, and December 21, 2012 as mentioned previously. They affect people differently, determined by the consciousness of the individual.

Spiritual Growth and Evolution
If one is working on evolution and spiritual growth, they may find their multisensory selves developing at breakneck speed. In case the individual resists the higher consciousness and clings to the ego self, many will just step off the planet, most notably in 2016 when an alleged record amount of high profile star obituaries were filed and as we’ve already witnessed in recent years.

Mother Earth Herself is reacting to the vibrational change by purging Herself of all of the toxins and mistreatment she’s born, attesting in that which we are calling natural disasters. The polarities of behaviors among individuals are becoming clearer and more distinct and seem affected upon the vibrationary amounts on which an individual functions. Groups and some individuals are evolving in acceptance, love and tolerance of the fellows, and in philanthropic activities, although some are acting out with terrorism and needless shootings and killings of innocent folks, for no clear reason.

As the energy increases we rate toward a “New Heaven and also a New Earth.” It’s foretold that we are coming into a Yuga of Harmony, Peace and Love. Anyone and anything not in alignment with this energy will just be purged. I don’t portend to understand each of the details related to these changes. Entire studies involving a whole lot more detailed data than this simple article can comfortably feature have been compiled by those taking notice of our planetary and human behavioral changes and one can make an entire study with this through analyzing the teachings of Theosophical and Theological Societies or through online research. For the purposes of this writing, let me say that I have read and experienced enough to believe firmly that the “signs” are apparent to anyone looking.

It appears that we’re in the beginning phases of a higher development of our species, for which so many have been ushering in from communities of various belief systems for hundreds of years. Picture a world not driven by Ego, and lust for power and greed and avarice, but prompted by real care for our fellows, and also a realization of the connectedness of life, where service and kindness become benefits in and of themselves. If your focus is on opening your heart and belittling the ego personality, then be constantly aware that you’re already in the process of this planetary shift, which for all of us indicates a time of the particular realization of peace on earth and goodwill toward (hu)man.