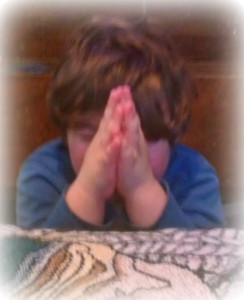 Have you ever heard the phrase, “A Catholic child.”? It is very likely, parents of any devotion to a particular church or other religious groups tend to refer to their children in such a fashion. Indeed it has long been considered very acceptable, however there is something “off” about taking a very young and malleable person and placing them within the mantle of a particular faith.

I remember taking my son to his 1st doctors appointment after he was born and being asked by the pediatrician “What is your child’s faith?” at which I replied, “It’s to be determined”.

At the time I laughed about what a silly question, to ask a baby’s faith.

So the question for me then becomes, if so many people do not accept labeling of political parties, why then, do they accept, and even appreciate, the labeling of children under religious umbrellas? Obviously there is the historical and social element, which can vary vastly, but this is a fairly global issue as far as I am aware.

For instance, I live in the United States, it is still a very religious country and the majority of the population is Christian of one denomination or another. Therefore you would expect a great deal of social acceptance around people referring to their children as, “Christian children,” and, indeed, that is exactly what you will find. I myself was conveyed as a “Christian Child”.

My personal feelings are that we choose what we wish to experience in this lifetime including the background of faith, meaning that anyone’s efforts to subscribe someone to their personal beliefs will be unsuccessful if their soul did not choose that system for this lifetime. With that being said for someone like me that was conveyed as a “Christian child” when this set of beliefs did not fully resonate with me at any point in this lifetime. Is was very confusing and in hindsight I would have preferred not to be labeled at all. Telling your child over and over that they are to believe this or that – what I believe or else you will be punished now or when you die, constitutes to not only confusion, but fear.

Depending on the lifestyle, some might consider this mental abuse, which can be just as damaging, if not more, than physical abuse, after all, scars of the body heal, but scars of the mind can often, and usually do, linger for one’s entire lifetime.

Bottom line, children develop beliefs just like you and I and they will come to spirituality or even a more organized religion on their own accord, but allowing them walk that path on their own, living by example without pressure to conform to it, is something to consider.