Getting Started with Tarot 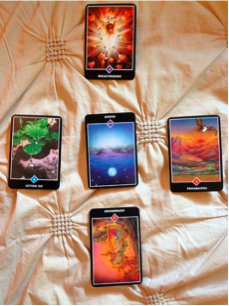 As a teacher of Tarot, questions I am often asked include: “Is there a tarot deck that’s best for a beginner?” “How can I get started with tarot?” and “Is learning tarot only about memorization?”

Here are my answers to each of those questions.

It depends. If you are interested in learning “everything” about reading tarot cards and not just looking for an amusing pastime, I usually recommend that you start with the Rider-Waite (also called Rider-Waite-Smith) deck or one of its “clones” such as:

However, if you are just wanting to play around with the cards for fun, I suggest getting a deck that “speaks to you” or attracts you for whatever reason. You can always get hold of an RWS deck later, if you want to do a more traditional approach.

When I first became interested in Tarot, I honestly did not know about the long, rich tradition associated with the cards. I was simply attracted to the idea and the images I was seeing. I visited a shop that had a large selection of decks. They allowed me to look at the decks, and I chose The Russian Tarot of St. Petersburg by Russian artist Yury Shakov (published by U.S. Games Systems, Inc.) Why? Because I had long been drawn to the Russian language, literature, and culture (I even majored in Russian in college), and the theme and images on the cards were irresistible.

The more research I did and the more I interacted with other Tarot readers, the more I realized that I did want to explore the traditions and history of the Tarot. Fortunately, The Russian Tarot of St. Petersburg, while not exactly a RWS “clone,” is similar in many ways to that venerable deck. Today I have a large collection of traditional-style decks as well as themed decks that have a special appeal.

One way to dip your toe into the vast ocean of Tarot is to start by finding an online site that offers information about Tarot cards and their meanings. Alternatively, you can check out a book at the library or purchase a book from your favorite book seller.

At that point, if you are sufficiently intrigued, look into getting a Tarot deck for yourself. There are a lot of superstitions out there, such as “Your first deck must be a gift, not something you buy yourself.” I always say, if I had waited until someone gave me a deck as a gift, I would still be waiting, more than 20 years later.

(3) “Is learning tarot only about memorization?”

There are those who claim to read the Tarot purely by intuition, never looking at the traditional interpretations of the cards. That is a choice you can always make. However, if you are interested in learning the traditional meanings and symbolism, there is a certain amount of memorization involved. Rather than sitting down to memorize, I suggest simply working with the cards, doing practice readings for yourself or a trusted friend or relative. Online forums are a great place to practice your skills and to develop confidence in your ability to understand what the cards are saying in a reading. Before you know it, you will be making associations with the cards automatically. 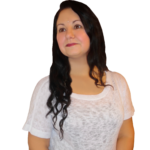 I am a Psychic Medium and ongoing sacred studies student graduating in Advanced Esoteric Studies, Metaphysics, Mediumship, Angelology and World Religions. Besides offering Readings and Spiritual Services in my Traverse City Studio and throughout Northern Michigan, I also help clients worldwide though Email and Phone.