For whatever karmic reason I cannot express my emotions normally and my intuition is saying that is because my mental energy is so powerful that I would manifest quickly and it wouldn’t be safe. Which is why I have to go to initiatives to express my emotions. This situation below here is really brief but talking about it with other people doesn’t let it go so, I have to go an intuitive like you to get it out of me.

Here is what happened.

I was walking to my car with a friend a few weeks ago and this guy snapped at me for some reason while I was walking and it made me insanely furious. I don’t know why I was so angry or what happened but it’s an annoying emotion inside me of me that is stuck. If you could just feel this out for me quickly that would be great. I.e. what was he thinking, what did I feel etc… 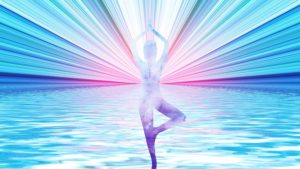 It’s interesting that you bring-up the point of needing to experience emotionally charged thoughts though initiatives because reversed I’m the same way, thought manifest into form very quickly for me and if I’m not careful negative situations involving several people will happen so, for the most part my emotions remain neutral or reserved with the exception of being felt and expressed though Readings. This alchemy of energy transference is fascinating but not typically understood by most people so, I understand.

In reading your question I thought of an experience I had camping last year.

I’d just set-up my canopy but before I could stake it down this instant storm blew it away; thankfully no one was hit but, the RV behind us was and the owner spent the entire weekend making threats, he wanted money for damages. Internalizing the event literally ruined my trip, until finally I realized, this wasn’t my karmic doing – it was his. My canopy was simply at the right place at the right time to balance it.

This is what I feel happened to you, you were simply the person chosen to facilitate someone else’s karmic balancing but, in doing so you took on their projections by becoming insanely furious. Thus, these emotions feel stuck within your energy system but are operating independently because they’re not your own.

I would suggest you ask the energy from this situation be transmuted because it’s not yours to release, this is why talking about has not helped. Only if your unable to do this than, I would suggest that you send it back to the man who projected this anger onto you.