I have been facing struggles, problems or challenges one after the other for the past several months.

Nothing seems to be going smoothly, and I am just feeling so drained dealing with those struggles, problems or challenges I need to face non-stop.

I have done a crystal healing session and a black magic removal session, but nothing seems to be working to be honest.

When do I start feeling like things are working out for me, as I do not see the end of tunnel?

What is causing these issues? 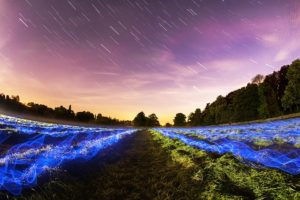 So typically I don’t get into astrology but this is the first thing that came-up when reading your question about what’s causing these issues along with the idea that you are not alone.

I’ve noticed many people, clients and myself facing one disruptive challenge after another over the past several months, during Mercury Retrograde. This is a time when the sky appears to be moving backwards and many people sensitive and connected to the star’s influences feel their life is regressing by facing set-backs in the same way.

During Mercury Retrograde, it is suggested that people plan for the future but, because things going smoothly is not expected; people are advised not to make important choices or take major action until after Mercury Retrograde ends, and it did earlier this month.

Now, my feeling is that you’re a doer and taking action in the moment usually serves you positively in many ways. However, I feel these last several months of running into walls has affected your thoughts, that you’re in a space of expecting some issue to get in your way and because thought creates form, that expectation is being projected back at you. Intuitively, you’ve felt the need to shift your energy upwards, otherwise you wouldn’t have done those sessions and I know how frustrating it is when you don’t feel in alignment and do things to help, only to still be stuck in that space.

Again, you are not alone, many people are even experiencing monthly expansion and contraction cycles. The good news is, this will always pass and I expect you will start noticing things are looking-up for you by June 10th.

In the meantime, to move things along a little faster; I’d suggest you affirm a release of any thoughts, patterns and beliefs created by you or operating independently of you that are weighing you down, draining your energy and contributing to struggles. I’d also ask you spend some time projecting positive thoughts about what you ultimately want to counteract any past negative thoughts, patterns or beliefs that you’ve sent out.

Love to you, Holly Joy